A man loses close to $500,000 Worth of Bitcoin in one translation via Fake Elon Musk Scam

Bitcoin Scams are on the rise and Months ago a man just lost $500,000 worth of bitcoin currency to a scammer who posed as Elon Musk on Twitter's Social Media Website. The Man Said it was his greed that made him believe Doublers worked after holding his Bitcoin for so long and yet wasting it on a scam. He now laments over his losses as it has this has robbed his family several holiday years and ruined his retirement plan.

As Bitcoin saw itself reach a record high people across the world are still being scammed. In truth, as Bitcoin grows and awareness rises this doesn't mean people won't be victims of scams.

Scammers always find ways to people's heads a little manipulation is all it takes to convince even those who have been doing translations or holding their life the servings in Bitcoin to drop it all Away.

Kelvin, which is not his real name was such a kind of person. He was quite aware that with Bitcoin there are a lot of people who would want to still from you and for years he had safely guarded his bitcoins which he bought in 2017 at that time he got 10 Bitcoin at the price of $40,000 he was wise all those days until in 2021 when he did something unthinkable after seeing a tweet on his Twitter feed from Elon musk.

Scammers have varying degrees of strategies for their devious ways to work they play and toy with our emotions when we are greedy and think there is an instant opportunity to make money they will go ahead with their agenda and we are most likely going to fall for it.

Often people forget that Bitcoin is not a get-rich-quick scheme when we lose our guard the next minute we realize we have sent all our money to some theaves who are going on to scam another person.

What was Kelvin doing before he made the mistake?

At the time Kelvin reported that he and his wife were preparing to go to bed, after watching a movie so his wife went ahead leaving him being and he just opened his phone to do some quick browsing but unfortunately he saw the tweet on his Twitter feed and the post was from a Tweeter account very similar to that of Elon musk which made him think it was legitimate.

The post from the Elon Musk look-alike account said Elon Musk who's currently switching places at the world's top richest person alive with former Amazon CEO Jeff Bezos. Was a convincing enough scam for Kelvin to be a little greedy and lose all his holdings

Ever heard of Bitcoin doubler's claims? They are frequent and you could almost think people will not fall for them but it really depends on the nature on which they hit us, sometimes it's unexpected due to the condition in which we meet the thieves

In the post, Elon Musk who's among the richest people in the world said he and Telsa team are awarding people who are depositing Bitcoin in a certain account and that those that deposit, it gets doubled after 20 minutes.

The scammers always say that they do and Kelvin at this point left his guard down and he fell for it.
The post had multiple options and he thought if he makes the biggest bid he will have more chances of getting a doubler than another  person who had previously participated

What Kelvin didn't know was the obvious

Kevin didn't know he would be Making history but putting in the biggest cryptocurrency loss from one person through a scam in a decade. Yes in a decade, no single person has ever lost 10 BTC into scammers in a single translation, and Kelvin by sending almost all that he had he had honestly lost it all.

The thing that made the scammers believable

Kelvin was smart and he still is but scammers are people who play with emotions our emotions, the moment we switch off anything can happen and we are more likely to lose what we have been holding on to, Kelvin found the scam to be believable because of several factors,

1.  It was coming from Elon musk himself, scammers are very successful this way they, copy A valid account or create an account similar to your a celebrity to the point when someone who's isn't thinking right tends to confuse the two and falls a victim

2 . Others even go ahead and hack the accounts of those top personalities. Do you remember the 2020 hack that was done by 3 people and one of them was a teenager of about 17 years old?
It's not a joke they stole over $100k worth of Bitcoin in just 1 minute when they made simultaneous posts on the accounts they hacked which included Bill Gates, Jeff Bezos, Jay Z, Elon musk. All had a Bitcoin address asking for Donations.

Are these hacks serious?

Imagine losing money how could you feel for most people money doesn't come easily and it hurts to see it go so easily or just be handed away to someone who's not deserving. That kind of pain is totally something else.

Kelvin asked when his double earnings were going to come and waited anxiously but it wasn't coming. He kept looking at the clock the 20 minutes which were promised passed by and his money was gone. There was no way to turn it back and all he could do was to report the address to scam alert and all they could do there was to watch is money move in different translations before someone cashed it out.

What effect does this have on People?

It has devastating impacts on different individuals others are so traumatized that they go forward and commit suicide. Kelvin on the other hand realized his big mistakes and what greed has made him do, so he went to his wife and told him all that happened.

Kelvin was sad and still sad that the money which he lost so easily won't be easily replaced, he's a little depressed and angry with himself. It's sad news from his family and his 2 children. That money would have helped them out to go out on trips, maybe even school fees but it has all gone in seconds of a mere day.

How old is Kelvin

Kelvin is a 41-year-old man who lives in Europe and survives by a wife and has 2 children.

Bitcoin scammers are real and you should be vigilant they can happen to you the same way they occurred to Kelvin. In fact, my story is much similar to Kelvin's as is of me, it's literally the same old shit different day to different people. So watch out when someone says they can double your Bitcoin or your money if they claim they can do so there is no need for you to send them anything can't they do that magic without you? Saying we can double your money in 20 minutes is the same as telling you to come let us steal from you. And you blindly walk into that trap

Say safe, stay away from those kinds of people and listen to some music or talk to someone loved one before your blind greed makes you do something stupid.

How to Write An Abstract for a Research Paper: Important Thing To Know

Linkedin Will Nolonger Be Accessible in China As Company...

Sony Wants to Launch Into the Electric Car Industry and...

Sony the Japanese entertainment Gaint would like to start officially competing with... 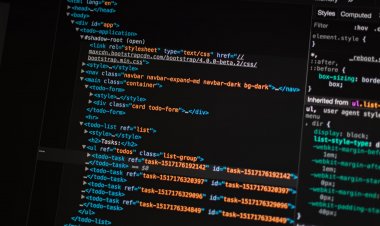 A Facebook group named Impeach Sleepy Joe Biden is threading and in just days it...